“Love is like the wind, you can’t see it but you can feel it.”

“The reason it hurts so much to separate is because our souls are connected.”

“I love you more than there are stars in the sky and fish in the sea.”

No words could strike more fear in my heart than, “based on a novel by Nicholas Sparks.”

The Notebook is a romantic drama released ten years ago today to lukewarm reviews. The general consensus seemed to be that the film was “trying too hard,” lazy, dismissive, melodramatic, idiotic… and yet, it ended up gaining a massive cult following. I would go so far as to suggest that it is one of the most memorable films of 2004.

The film begins with an elderly man in a nursing home telling a story about two lovers to a fellow patient who is suffering from dementia. Eventually, we find out the subjects of the story are actually them when they first met. They cross paths several times, until eventually they realize they can no longer be apart. Back to the present, the story causes Allie to become lucid and remember that this is actually their story. They get to enjoy some time together before the dementia reappears.

I was hesitant to watch this film due to its reputation, but am happy to announce that I loved it. Noah (Ryan Gosling), was a likable and relatable character – and the viewer could achieve a level of catharsis viewing his early attempts to woo Allie (Rachel McAdams). Both actors did a marvelous job, and their strong chemistry was apparent throughout the course of the film.

My theory about the half-hearted reviews is this, you have to be in the right mood to watch this film. If you don’t allow yourself to be drawn in, you won’t get it. I also believe that it gets better when you get married and as you grow older. Youth view marriage and old age as something that they see, but are totally unrelated to themselves. With age, you begin to realize how scary the premise of this film really is. Imagine having such a wonderfully romantic story with someone, only to have that snatched from both of you. Absolutely heart-wrenching.

At the end of the day, this one of the few romantic dramas I did not regret watching – and that’s saying a lot.

“So it’s not gonna be easy. It’s going to be really hard; we’re gonna have to work at this everyday, but I want to do that because I want you. I want all of you, forever, everyday. You and me… everyday.” – Noah Calhoun
(Disclaimer: This quote does nothing for you if you’re not married, or at least thinking about it.) 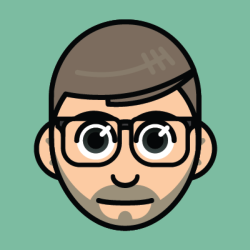