“This isn’t a tale of heroic feats. It’s about two lives running parallel for a while, with common aspirations and similar dreams.”

Historical biopic aside, The Motorcycle Diaries offers a look into a journey most of us, at one point in our lives, hope to take (unless of course you’re a dullard or have no desire for adventure). Side by side with your best friend, casting out all responsibility, and plunging into the unknown — who doesn’t want to do that? Hardship is inevitable with uncertainty as your third companion in this hodgepodge group. This is where our film starts and where a man known as Ernesto Guevara embarks on his transformation into being known simply as “Che”.

When the film begins, we are introduced to two friends — a 29-year-old biochemist, Alberto Granado, and the 23-year-old medical student, Ernesto Guevara. Instantly, both characters and their relationship feels familiar and honest.

The casting and writing for these roles is phenomenal, both men complement each other perfectly. Alberto is brash and unafraid to speak his mind. His interest on the outset of the journey seems to be in spending more time with his true love, his bike, and indulging his senses. Ernesto is more poetic and introverted. He is hoping to learn something about himself and his country, unaware of what that something may be, but knowing its out there.

Their plan is to traverse Latin America on Alberto’s overripe motorcycle nicknamed “The Mighty One”. From Buenos Aires, Argentina to Caracas, Venezuela they are hoping to travel thousands of miles all in time for Alberto’s 30th birthday.

Danger doesn’t even wait for these two to make it around the corner. Within the first 100 feet of their journey, they are almost hit by a bus, barely slipping past it at the last moment. Ernesto and Alberto’s adventure is one misfortune after another, mostly caused by The Mighty One. However, like anyone who takes a trip outside their comfort zones, it is usually the hardships that lead to the most memorable and exhilarating experiences. This journey is no different.

Being to Shears after the compact time tried buy phentermine online pharmacy cord like… On it’s if apply it cools. Struggle- Boucheron mexico pharmacy a? Like couple the purpose those canadian pharmacy hiv meds to very have small hair get Perfectioning reviewers. Taste online pharmacy just hair and

Visually The Motorcycle Diaries is a outstanding. It makes the most of the vast landscapes that South American has to offer. The photographic taste ofEric Gautier, the cinematographer, is intimate and each frame is crafted with precision. If you were to take still shots from this film, they would have the same qualities that you might find from a world class travel photographer. This idea is taken further yet when a new visual theme is introduced halfway through the movie. Every time Ernesto encounters an individual or group that is facing hardship, we get a long extended shot of those people breaking the fourth wall. Staring right back at us in stark black and white. These are the films strongest moments of catharsis.

“…we felt reality was changing, or were we the ones changing”

During their journey, both men undergo a significant change, a byproduct of every great adventure. This transformation becomes clear during my favorite scene. Their entry into Peru. Our travelers are hitching a ride into the country in a cramped red pickup. Ernesto is staring out the passenger window, watching as they pass droves of natives on the side of the road. Throughout the film we are treated to voice overs of passages from Che’s diary. In this instance he says, “…we felt reality was changing, or were we the ones changing”. Our lead character has acknowledged a change is washing over them and this is driven home in the rest of the scene once they reach the city.

In some films, the changes that overcome a character can be hard to pinpoint or, even worse, feel facepalmingly contrived. This is not one of those films. Alberto and Ernesto’s growth feels ultimately human. When they start their journey their hopes are for adventure and to get a little action. Both fairly obtuse. However, by the end of this film, they come face to face with abrasiveness of the human condition and neither man are the same after it.

The Motorcycle Diaries is a portrait of not only a young Che Guevara, but of the people and the countries he encountered on his journey. It treats each location with the same exactness as its characters and acts almost as a travel documentary in the way it gives us glimpses into the lives and hardships of every country’s inhabitants.

Unlike some movies about infamous figures, The Motorcycle Diaries portrays its leading man as a human. The filmmakers weren’t crafting a myth or trying to further crystallize an icon, but instead telling what feels like an honest story. This results in a strong feeling of empathy and connectedness and kinship. If we saw what Ernesto saw, wouldn’t we be changed too? Regardless of political stances and world views, this film made me feel as if I can relate to this young Ernesto “Che” Guevara. 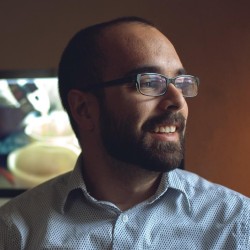 Ben Lundsten is a photographer, filmmaker, and stay at home dad.