To say that there was controversy about Guy Ritchie’s Sherlock Holmes starring Robert Downey Jr. and Jude Law before it hit theaters in 2009 is an understatement. This was when imdb.com or the International Movie Database online still had vibrant forums for discussion on each film, which they’ve since nixed.

The most hotly debated topic was whether the film was canon or not, that is, whether it followed the popular stories written by Sir Conan Doyle. Ritchie claimed that his version of Sherlock was Sir Doyle’s version, it was just that the real Sherlock Holmes hadn’t yet been seen on screen. He had a point: A lot of Holmes’s quirks and weirdnesses had been downplayed on screen, especially his fondness for doing drugs like cocaine when he didn’t have a case to think on. Even the fact that both Sherlock and Watson were physically fit–Watson’s war injury notwithstanding–is something that had been lost, as well as Holmes’ ability at fighting, and his tendency to use disguises. Many of the changes that Ritchie, Downey Jr., and Law made in their portrayal of the characters, are indeed canon.

The previews for Sherlock Holmes showed a lot of campy humor, exciting fights, supernatural villains, explosions, romance, and in general, a sense of adventure. If I could sum up Guy Ritchie’s films, it would be that one word: Adventure. The adventures and exploits of, in particular, young men. His style is usually an in-your-face coolness that is at times cringey, but also a lot of fun. I was one of the eager throng of adventure story lovers who went to see the film. This was a week or two after it opened at the box office and already reviews were sharply mixed, most people seemed to either like or dislike Sherlock Holmes. I liked it, but thought the music was a little weird, didn’t care for the occult stuff in the plot (also canon), and was thrilled with how entertaining Robert Downey Jr. was, even if he looked nothing like how I pictured Sherlock.

Ten years later, I find that much of what was once cool about Ritchie’s version of the mystery-solving duo of Holmes and Watson has worn off. Watching it again, I often wanted to skip to the next scene I thought was interesting, and I found Mark Strong’s villain Lord Blackwood and his secret society incredibly boring. However, I still find the occult stuff in the story disturbing, especially the part when Holmes seems to recreate a spell and incantation in order to “widen his gaze” and solve the mystery. I still don’t understand what’s going on there, especially when Ritchie takes much (now excruciating time) to review how Holmes thinks in a rational manner having nothing to do with casting spells for insight. Indeed, Holmes does end with explaining everything logically, but the scene is still disturbing and I’m still not sure what to make of it.

Another element that stands out even more today is the forced insertion of Irene Adler as a romantic interest for Sherlock. Played adequately by Rachel McAdams, it is a bit funny how unsettled Holmes is by the pretty criminal who mostly makes her money by marrying one man after another. Sadly, there is little for Irene to do onscreen. She’s there to unsettle Holmes, to show his gentler side, and that’s about it. Same for Kelly Reilly as Mary Morstan: She’s merely a foil in the bromance of Holmes and Watson. In Ritchie’s second film about the pair of detectives, he wisely gets both women out of the way early on. They simply are not necessary for the meat of the story, which is a buddy adventure in which two old friends work together to solve a mystery.

One thing I found that still hits my funny bone today, is the humor. Downey Jr. and Law were spot on with their banter and so enjoyable to watch together. Really, it’s not so much the portrayal of Holmes that’s unique here, but of Watson. For so long many of us grew up thinking of Watson as an old, slow man, dull-witted and completely incapable. One thing that Ritchie got right was that Sherlock Holmes wouldn’t be Sherlock Holmes without Watson. He relies on him not only to have his back if they run into trouble in their detective work, but also for the most important thing for any man of talent: Appreciation. And that’s what Watson’s documenting of their work is all about, appreciating the genius that his friend is.

How strange it is still to have a very handsome Watson onscreen, as well as one who is athletic and is Holmes’s equal in almost every way, except for his friend’s remarkable memory and brain. They take care of each other and both hold a sense of sadness that Watson will be getting married and not as available for adventures anymore. A handsome Watson also goes along well with Doyle’s stories, as in them Watson is often drawn to the plight of a pretty woman and definitely focuses on their femininity far more than his partner does. Jude Law fits the role so well, and I’ve no doubt it will be the role for which he is most remembered.

My view of Sherlock Holmes is as mixed as the initial reviews coming out when it first hit the theaters. Some things I like, some I don’t. I don’t like that the mystery of Lord Blackwood is window dressing, first for everything else going on, namely the reintroducing of this different Holmes and Watson to the audience, and after that, for the foreshadowing of the sequel in which Professor Moriarty arises as the villain. The visual gags of the crow got old quickly, as did the slow motion of Sherlock’s thoughts. The background all looked computerized and so it was hard to fully be in the story, and mostly I either wanted to watch the sequel, which I think is better, or the amazing BBC show Sherlock that came out in 2010. However, I love the relationship of Holmes and Watson in this version and their constant banter and poking fun at each other. I love Watson’s sarcasm and Holmes’s insults, and just the sheer comedic timing that the actors pulled off. I like how if you pay attention, the movie does show you how Sherlock puts everything together at the end, and I actually like that the duo is on the go most of the time, as young men often are. Today, I think Ritchie’s version of the legendary consulting detective has been overshadowed by the popular BBC show that came after it. Unless he makes a fantastic third film about Holmes in the near future, this movie will probably join a host of other movies based on Holmes and Watson that will be lost to history. 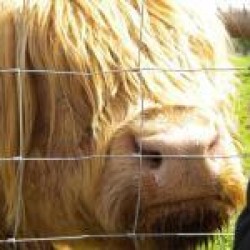