Movie Title: Cars
Date Released: June 9, 2006
What’s it About? The movie Cars takes place in a world populated by only motorized vehicles and features hot shot rookie race car Lightening McQueen (voiced by Owen Wilson) on his quest to win the ultimate prize: the Piston Cup. On his way to the big race, he gets sidetracked and stuck in the small town of Radiator Springs.
Is it any good? Although it’s one of Pixar’s weaker entries, it is a pretty good movie. The story isn’t anything special, but the visuals are great and the cast is nearly perfect.
Does it hold up? I want to say it does, but it does have two big things working against it. The first I won’t harp on too much because it doesn’t directly relate to the movie, but Cars is tarnished for being tied to the worst Pixar film and worst sequel in the past 20 years: Cars 2. The other thing this movie doesn’t have working for it today is the casting of Larry the Cable Guy as the voice of hillbilly tow truck Mater. Remember Larry the Cable Guy? It’s a shame you have to be reminded of his existence by watching this film. He did a fine job as the character he voiced, but his inclusion was ultimately uneccessary and Disney is better than that.

Best Part?
Worst Part? Without question, it’s Mater. He’s easily the worst character in this or any Pixar film. If you need any further convincing of that, just take a look at Cars 2, in which he’s the
Overall: Like nearly every Pixar Movie, Cars is an enjoyable watch. For reasons I’ve mentioned in this review, it’s not one of my favorites. 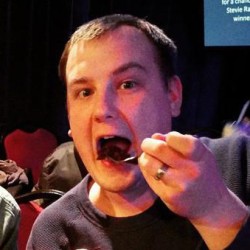